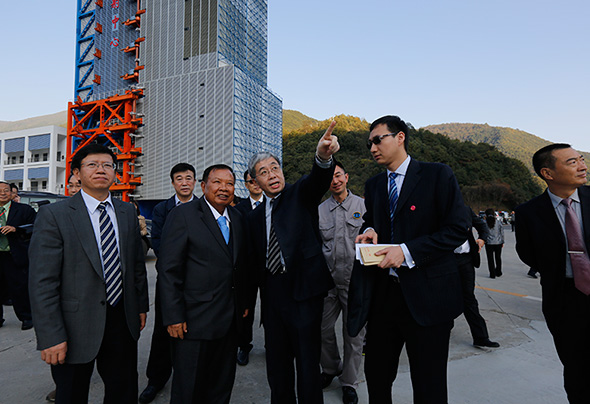 Launch Vehicle LM-3B/E carried the LAOSAT-1 satellite blasts off into its orbit from the Xichang Satellite Launch Center in China on Nov. 21,2015, 00:07AM. The incumbent Lao President, Boungnang Vorachith, was Lao Vice President by then, represented Lao government attending Xichang Satellite Launch Center and witnessed the very historical moment of the launching of first Lao Telecommunication Satellite. LAOSAT-1 is the first satellite exported to ASEAN by China, provides services for Lao the satellite communications, satellite television broadcasting, wireless broadband, etc.

The successful launching of LAOSAT-1 is of great important significance on the improvements of competitiveness of China communications satellite in the international commercial market, further implementation of the strategy of the Belt and Road Initiative, cooperation between China and ASEAN in politics, economics and cultures and a deepening friendship between China and Lao. The In-orbit Delivery Ceremony of Lao Satellite Project was held at Satellite Ground Station in Vientiane, Lao PDR, which symbolized an official use of LAOSAT-1. .